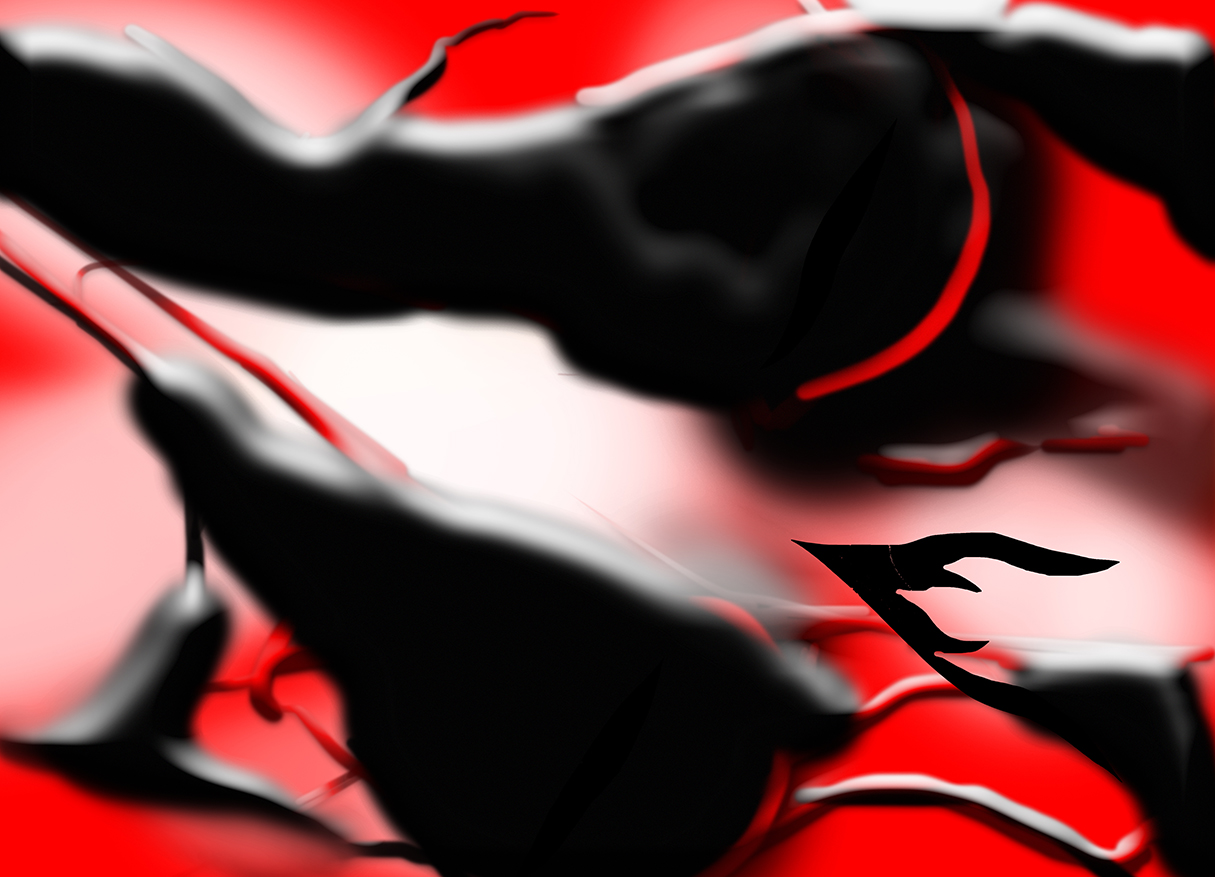 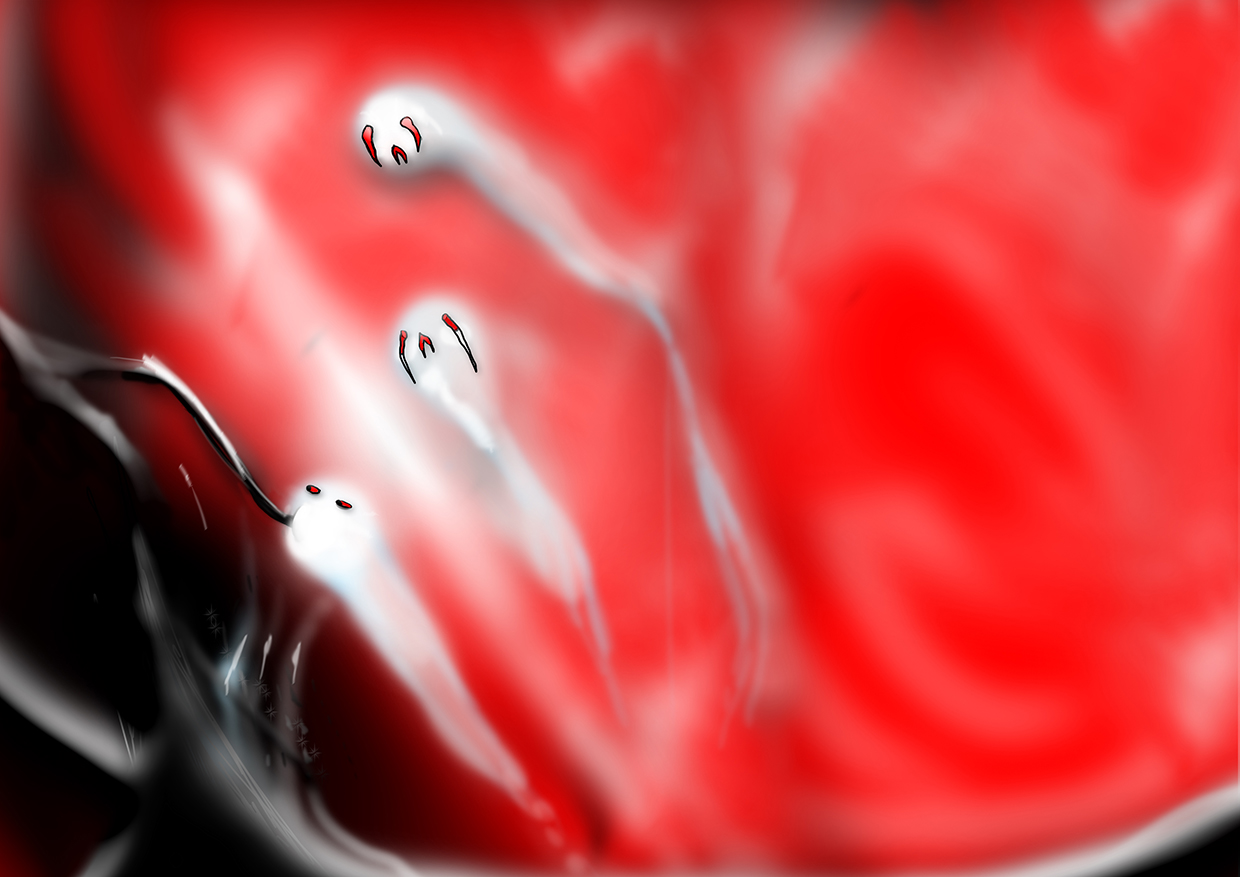 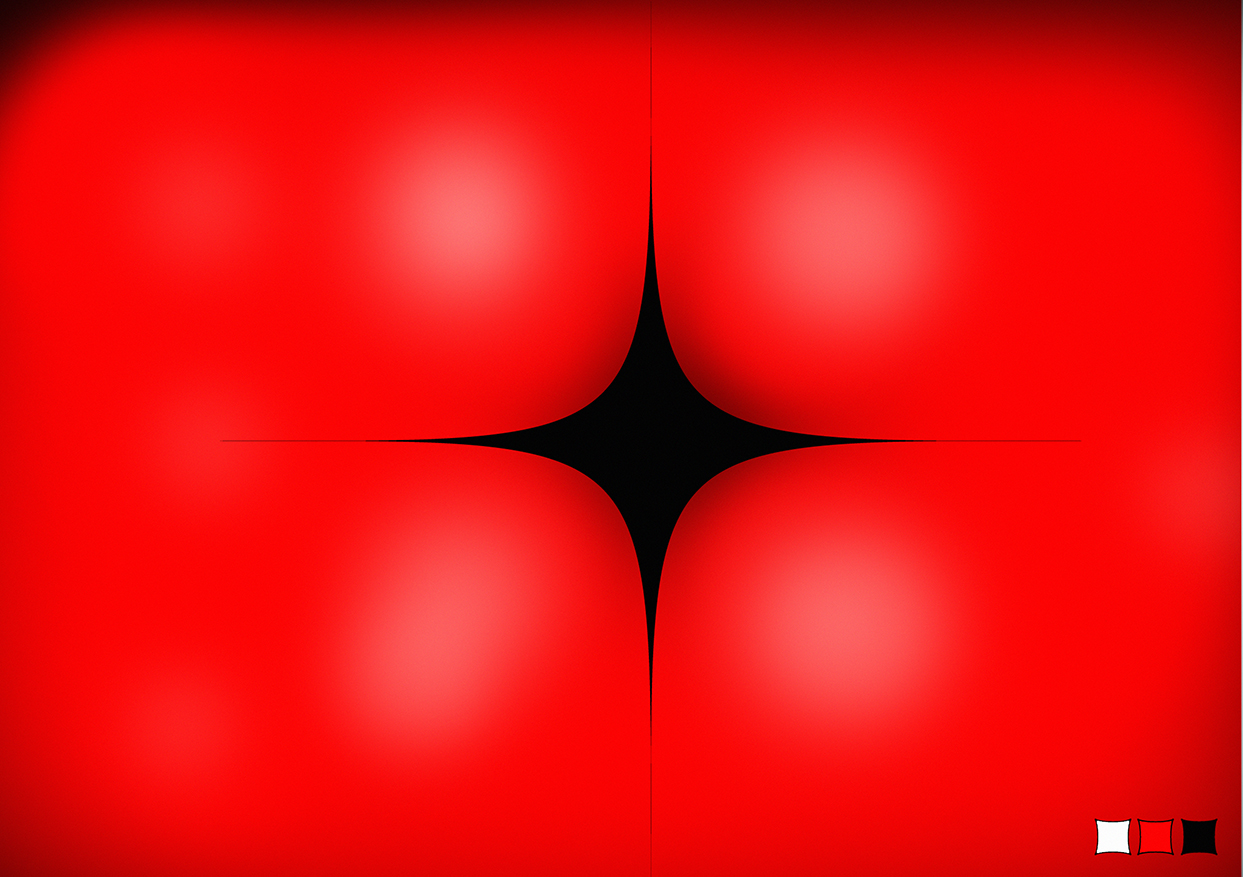 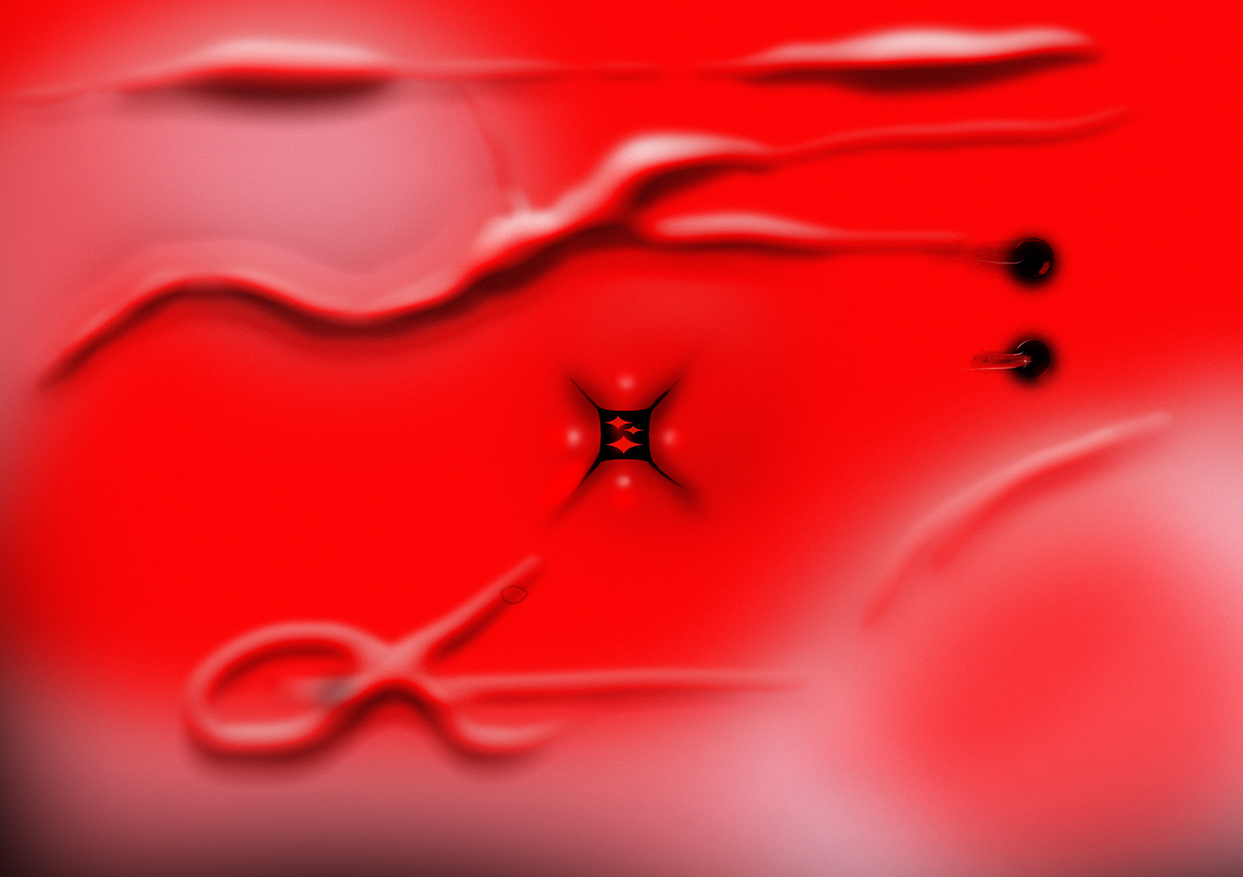 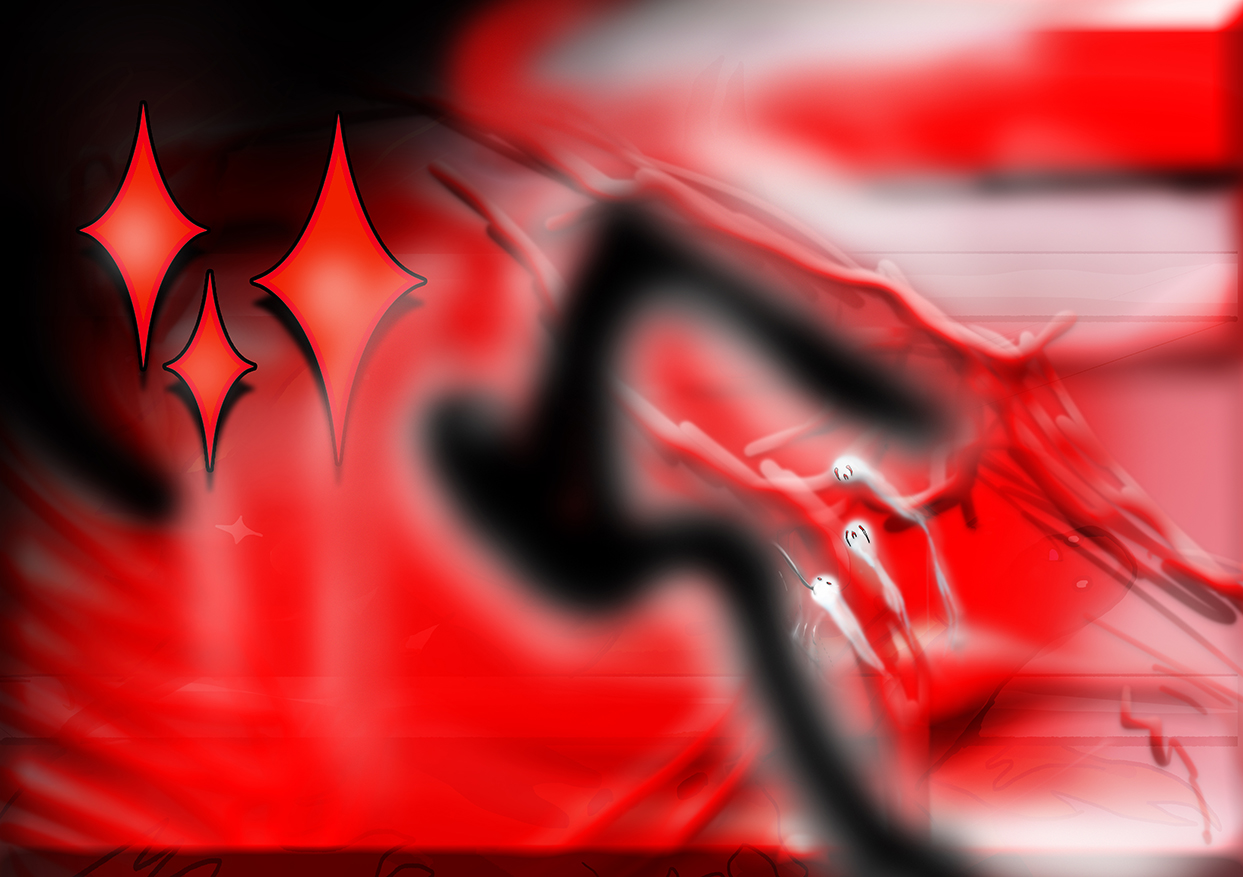 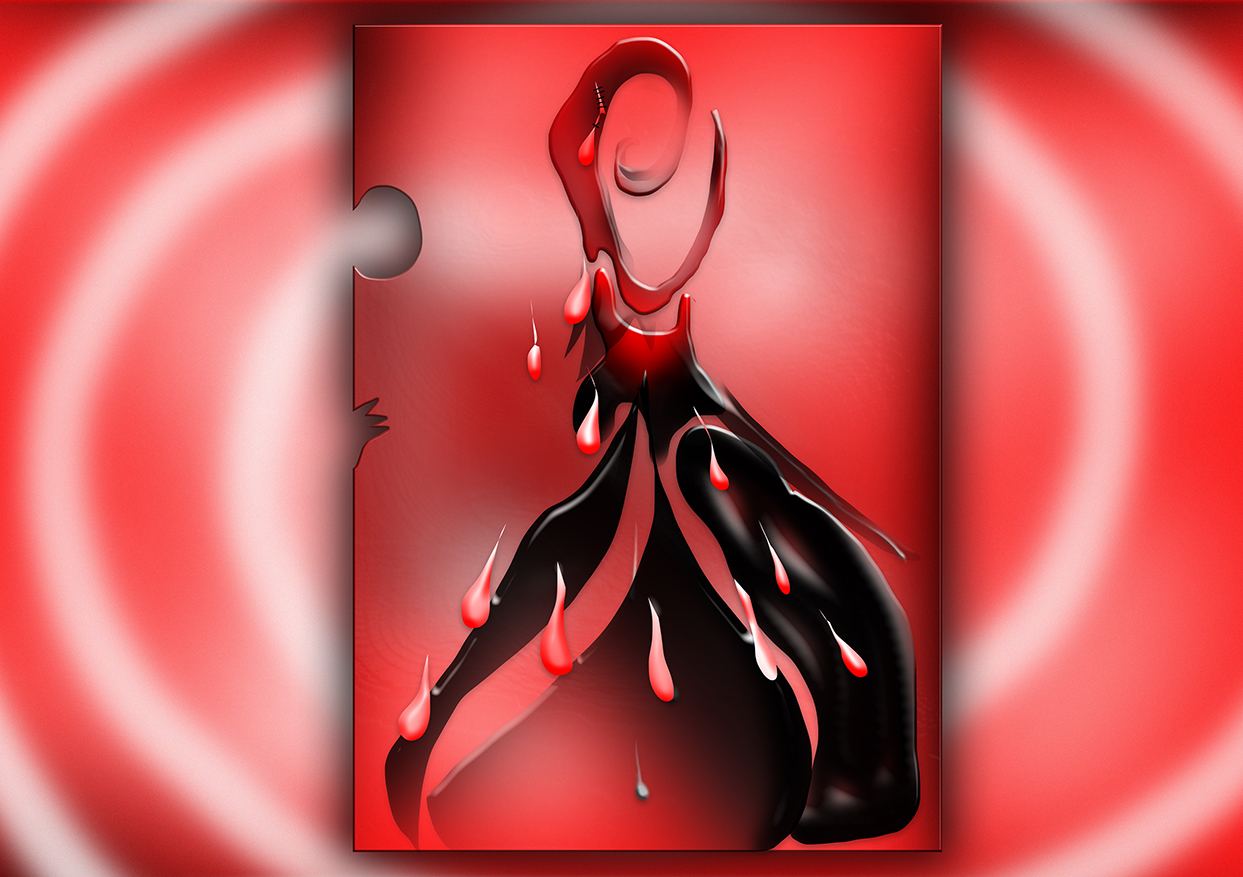 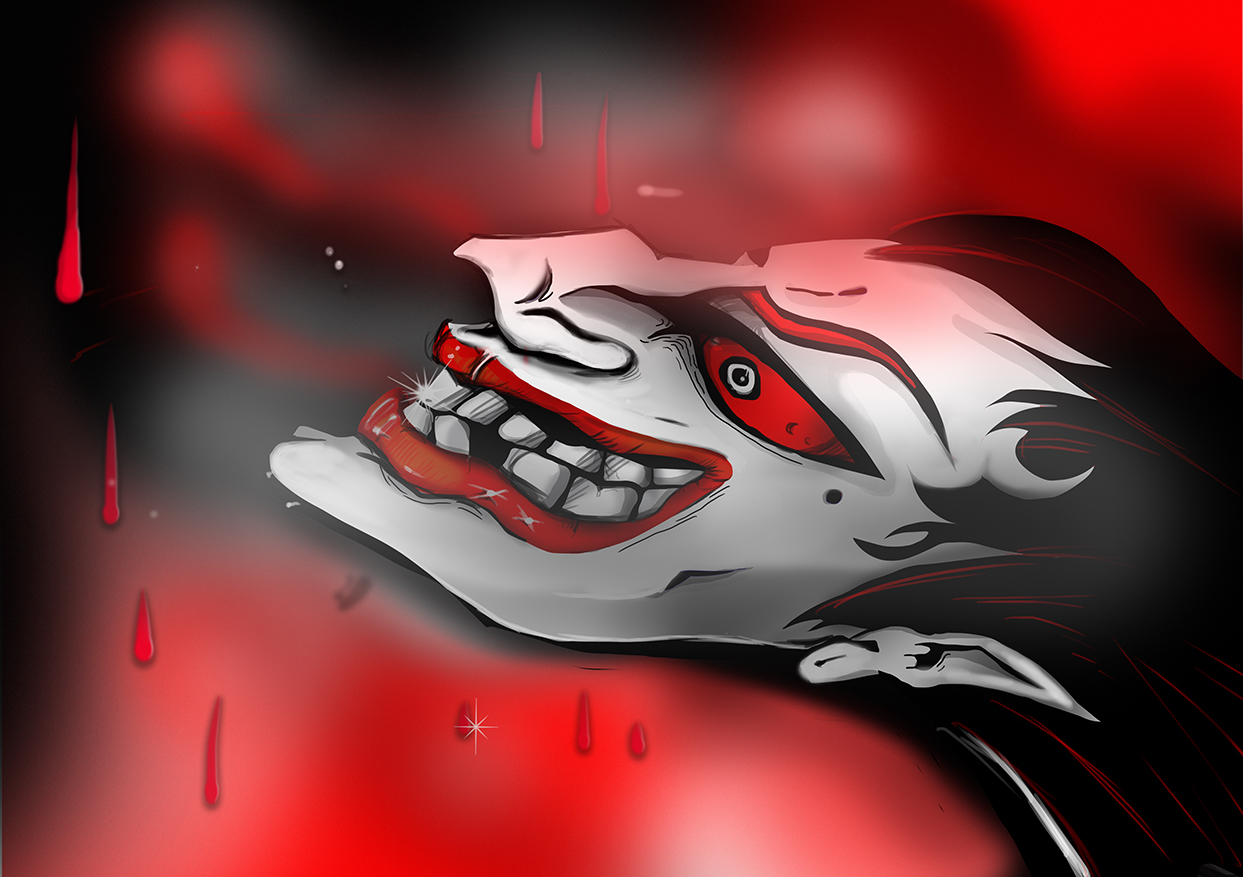 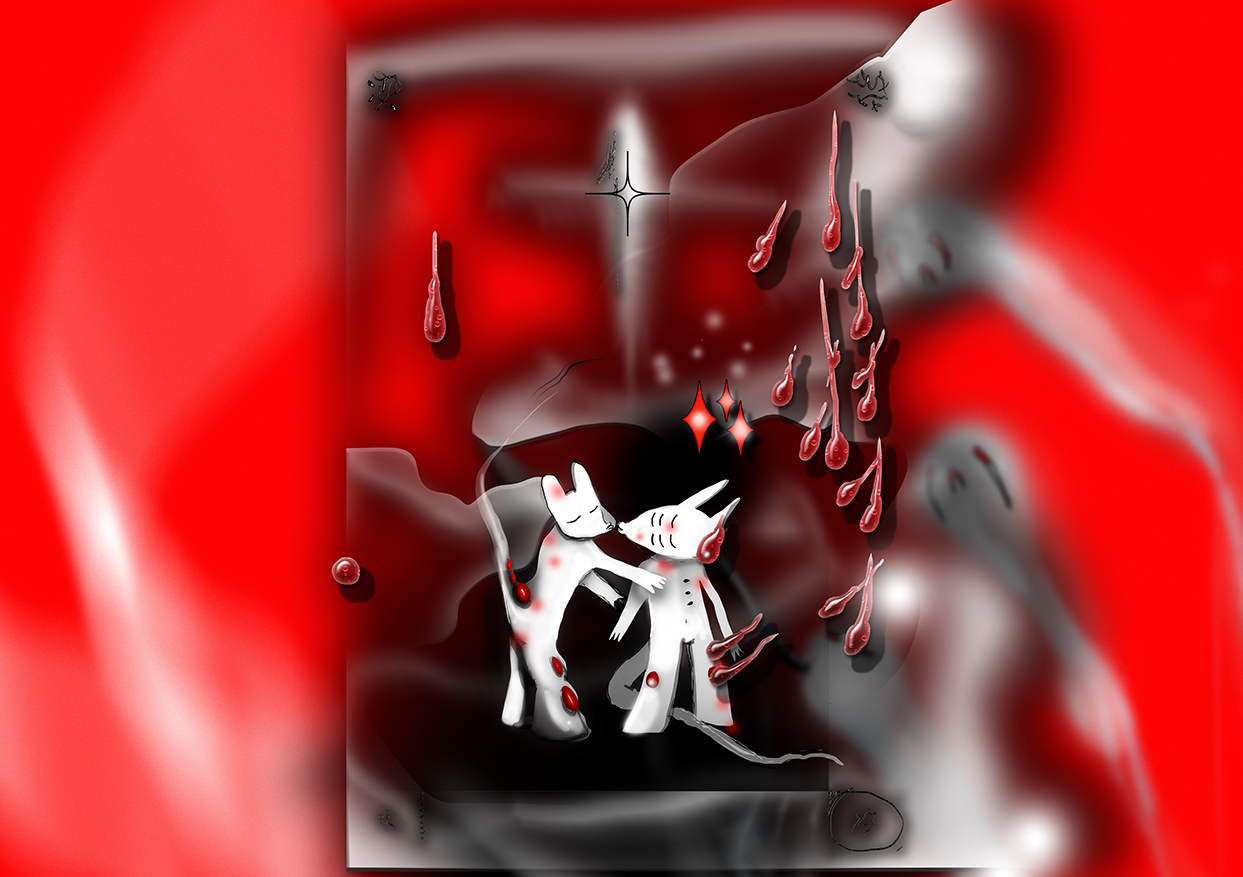 All nine images are interpretations of Le Soleil XVIIIl (Arcane 19) tarot card from the French Deck of Grimaud. The Sun on Mars is a continuation of my previous show Lone Long Boy, both taking planet Mars as a thematic landscape for building a matrix of archetypes in a vague and bizarre storyline.

The reading of the original card – The Sun, arcana major XVIIII (19).

The Sun is the warmest arcana of the Tarot de Marseilles and one of the most positive in the tarot deck. This card is synonymous with welfare and is luminous. The sun’s rays are the basis of life, nothing can be hidden from the light of truth. The characters in this arcana are supposed to represent feelings and reason, like Adam and Eve.

In some cases, cards portray left characters with a tiny pigtail and right ones with a third nipple, both standing in water. I’m not sure why and why other decks I found did not have that detail.

Colorful light rays are portrayed as drops falling towards earth. Sometimes I see this card as humanity making peace before the end of time. In my interpretation characters are anthro-rats reaching for each other while tiny souls float around, stars falling.

Tea Strazicic is an animation director and artist born in 1990 in Croatia, currently based in Berlin. Tea Strazicic’s work is influenced and driven by fantasy, humor and her own friendships. Believing in the power of teamwork, her work often manifests from a collaborative effort within her inner circles. Strazicic, who also goes by the alias @flufflord, grew up drawing and painting on the coast of Croatia, then went on to attend art school in Dubrovnik, HR and received a Masters degree in Animation. Her Instagram bio reads ‘just an amphibian’ because she claims that she ‘flops around’. In an effort to keep herself engaged and interested in her work, there is an intentional fluidity to her art and versatility in the mediums she uses – creating within the fields of 3D modeling, album art, music videos, graphic design and recently a footwear collaboration with ITCC and SHCR.

Tea Strazicic is known for her alias @flufflord and the following projects: The Black Metal residency, VR Incubator, Renegade NPC, live AV set with Baojiaxiang and the CGI studio Schwestern Sisters. Her work has been published in Heavy Metal Mag., Adult Swim, Tzvetnik, and AQNB among others. She has created visual sets for artists and festivals such as: Absurd Creation, Baojiaxiang, Creamcake, Hartera, Dasychira, Parkingstone, SHCR to name a few. Recent performances include: Supynes Festival, LT, ACE Hotel (DTLA). Recent exhibitions include: ‘Whale Fall’ at Gossamer Fog, London, UK ‘Dance With the Devil’ in Zagreb, HR, ‘At the Mercy of Your Salvia’ in Tbilisi, GE, Patara gallery, GE and ‘EXE’ in Krasnodar.

The exhibition is an exchange collaboration between Ta·da, Copenhagen, DK and Patara Gallery, Tbilisi, GE.