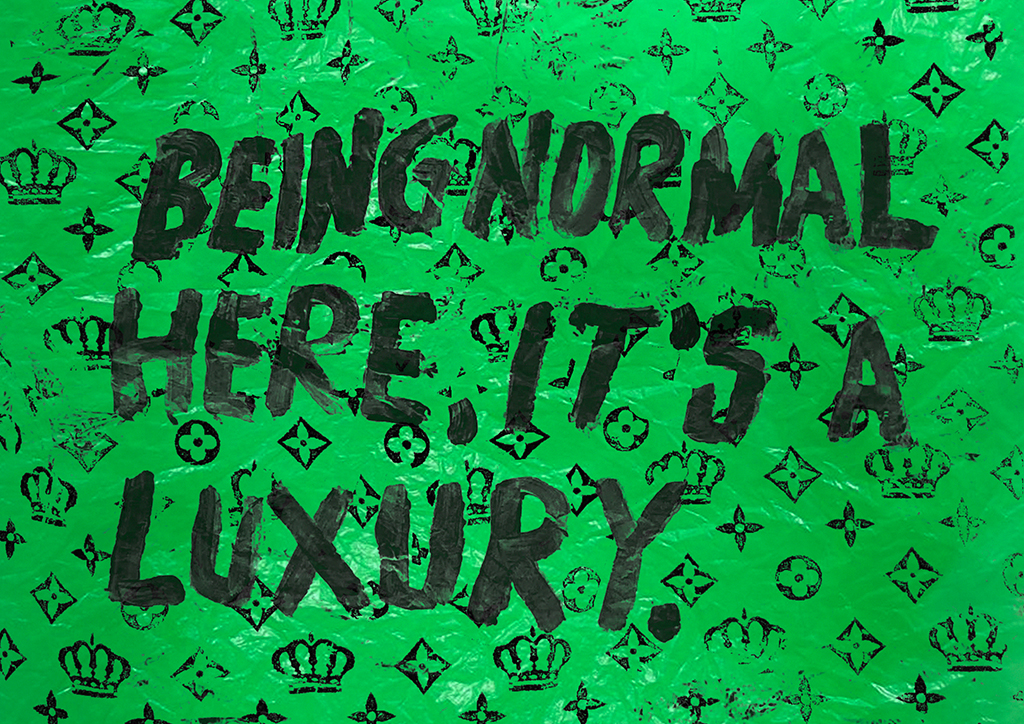 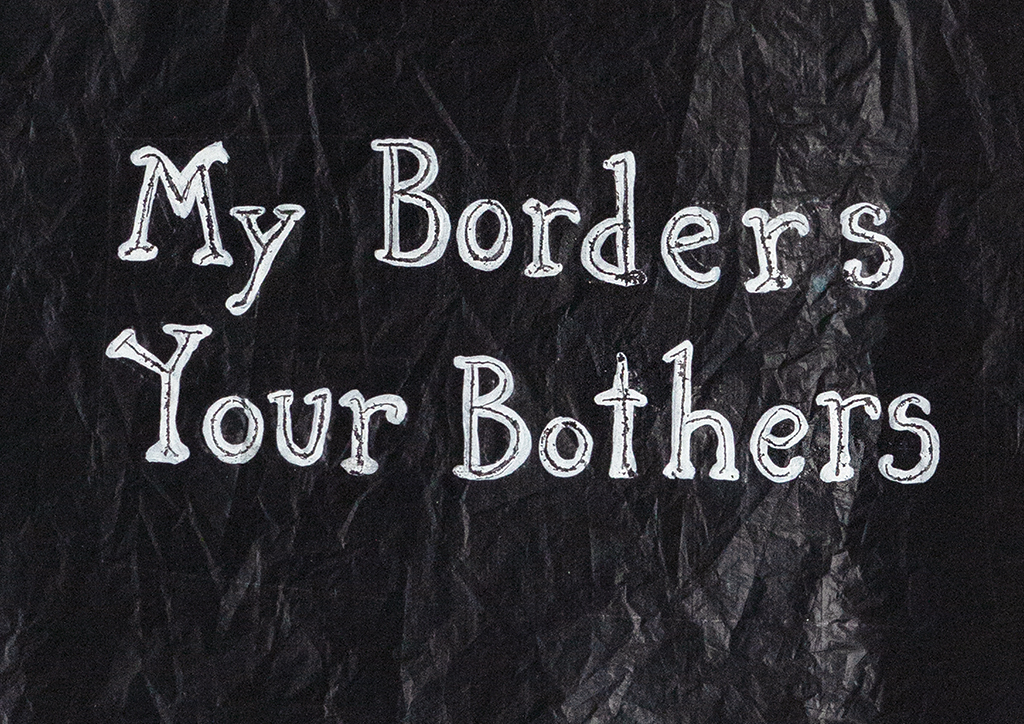 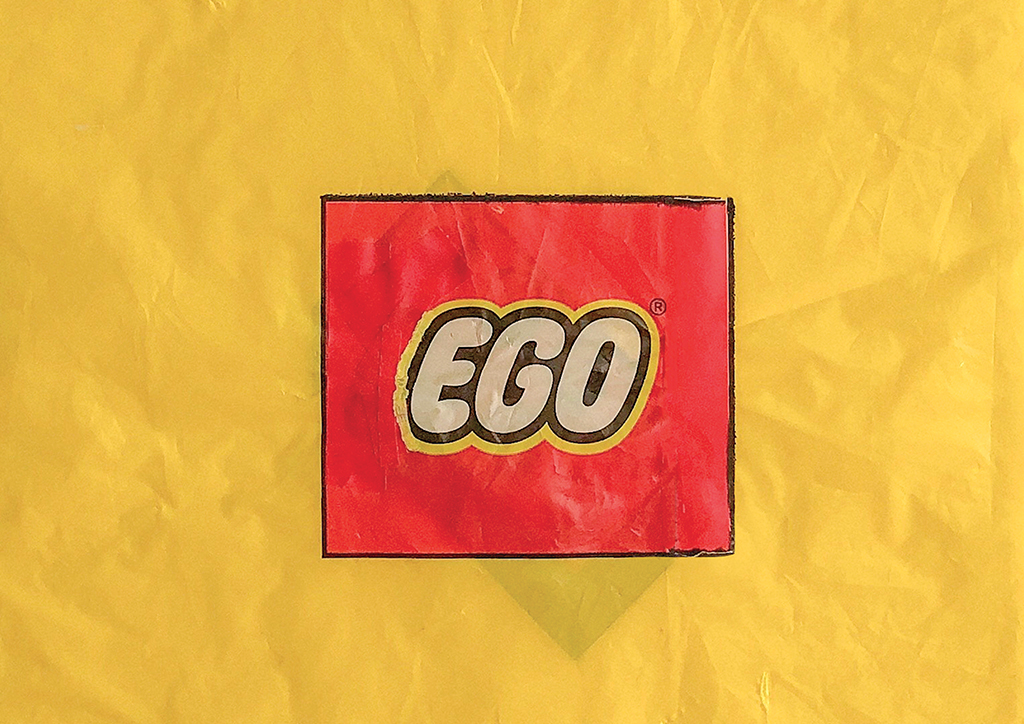 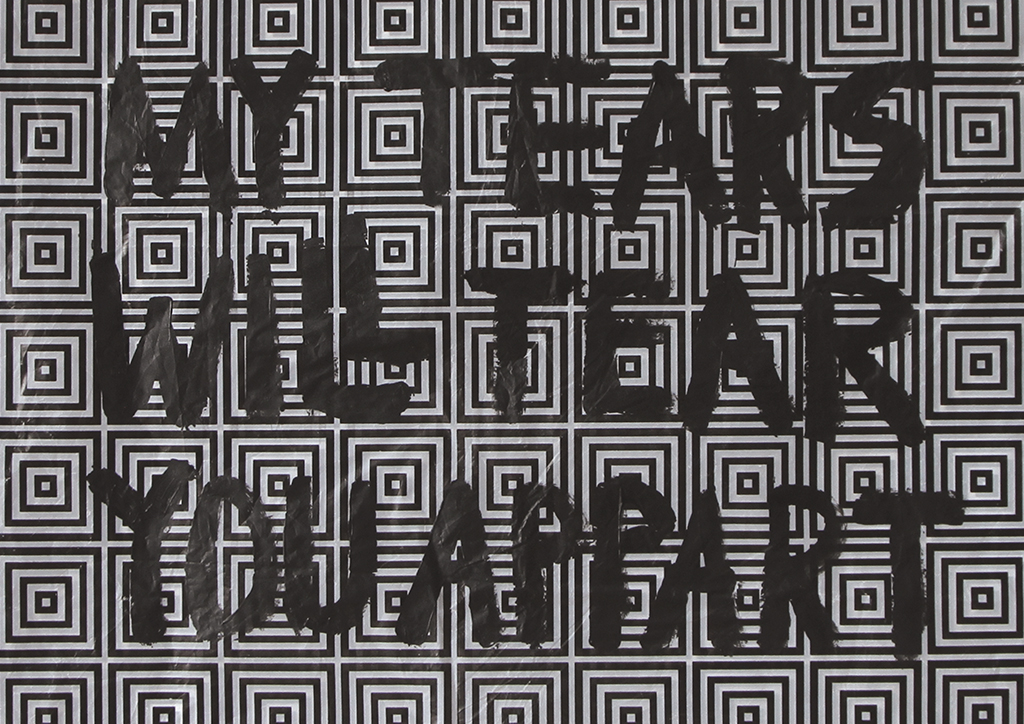 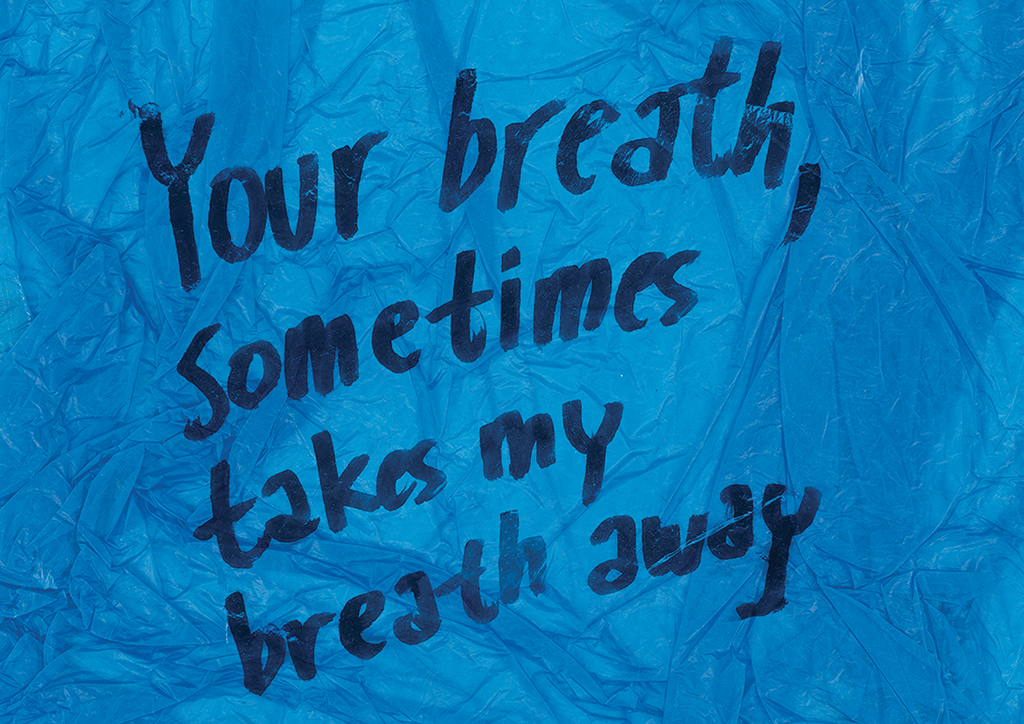 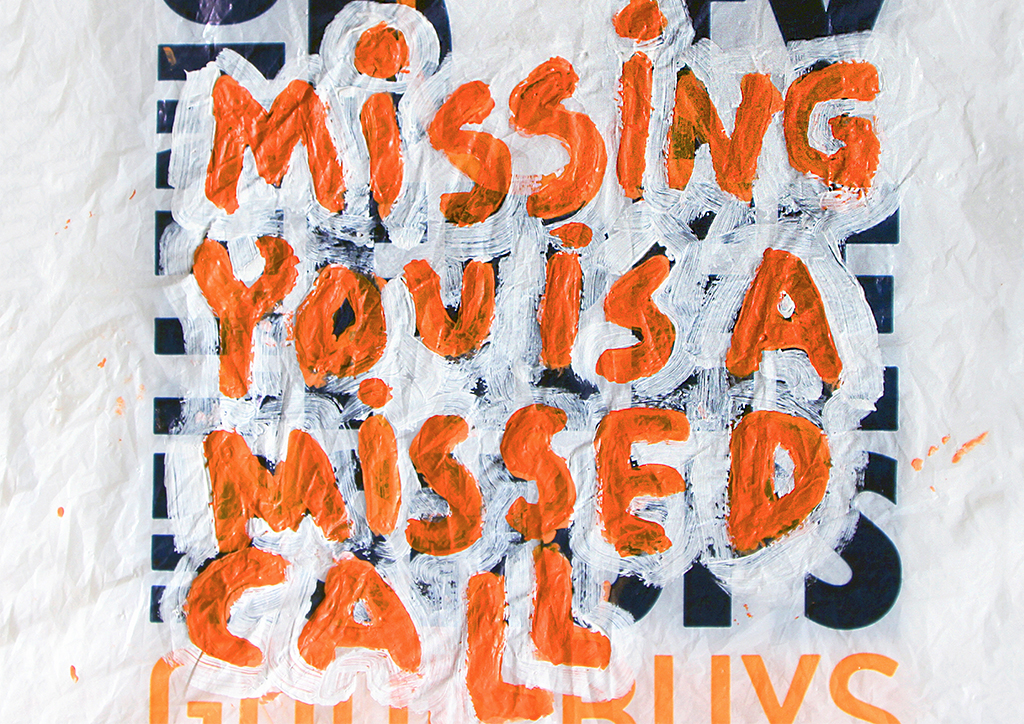 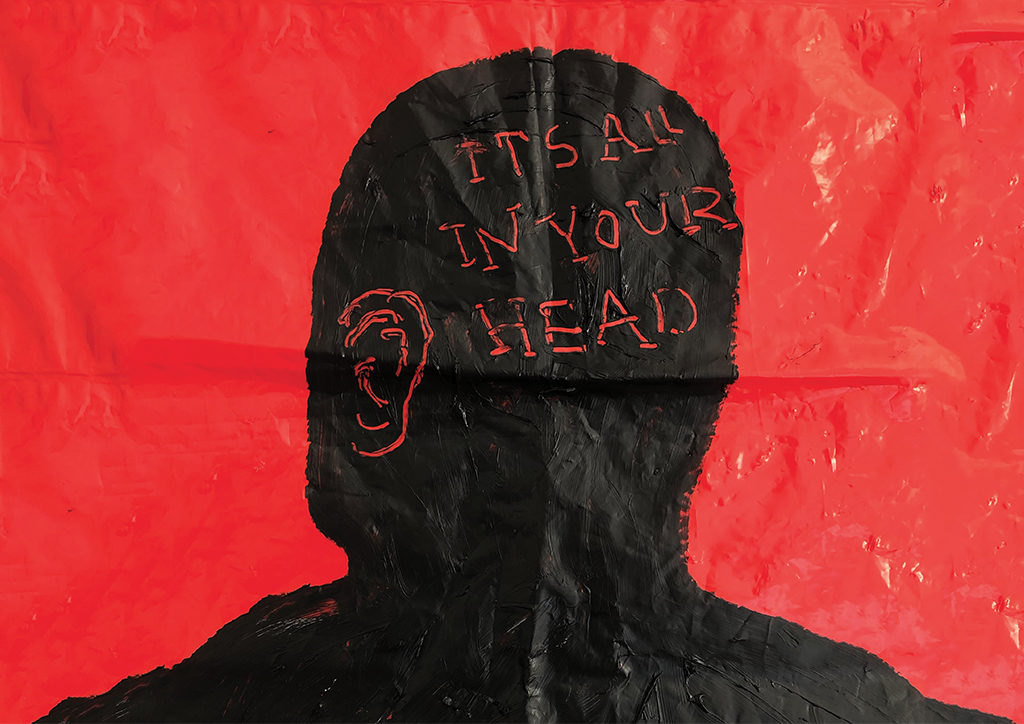 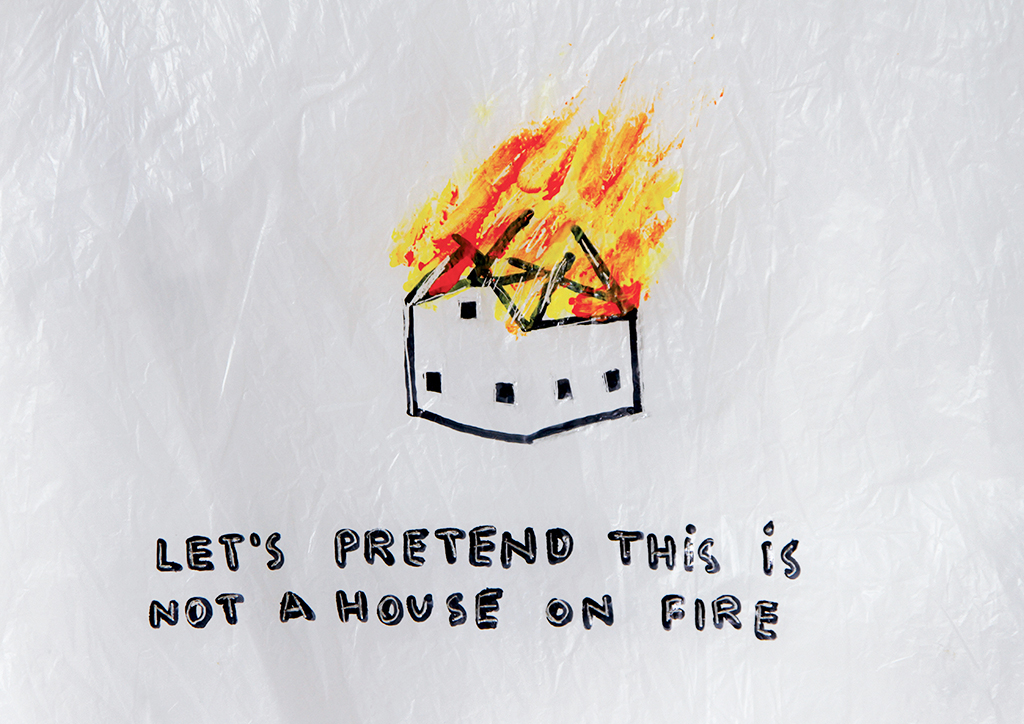 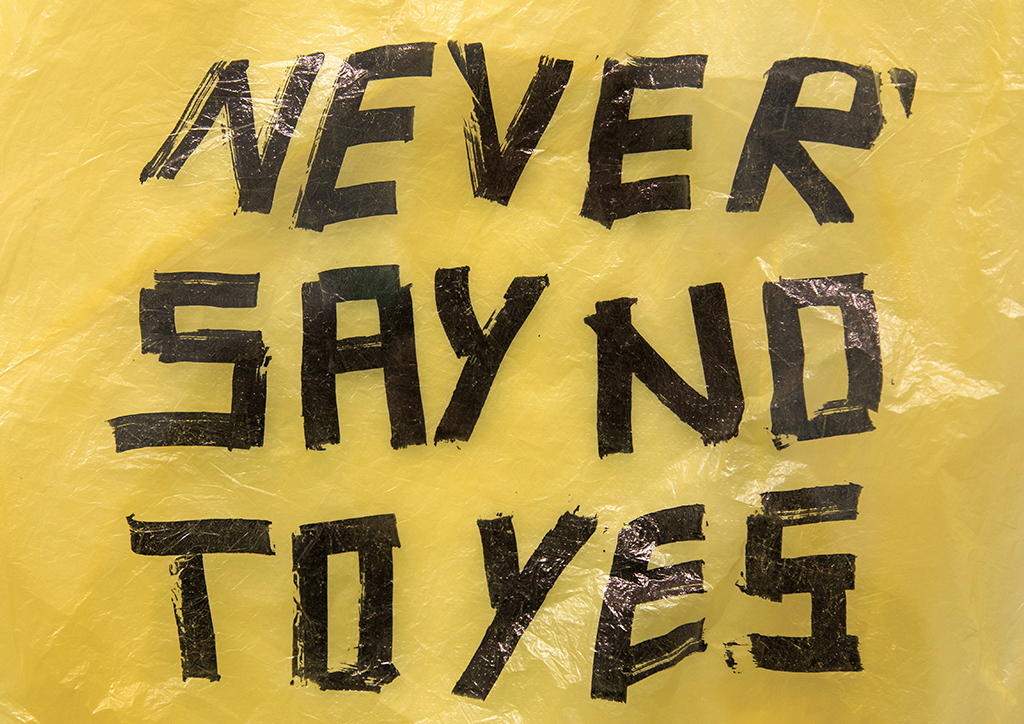 What holds the weight of history; can it be a disposable plastic bag? Discarded plastic bags find their place into the multivalent work of Driton Selmani as he presents weighty ideas without any (physical) weight. The bags convey the everyday casualness, transparency, and openness he often pursues. The ephemeral nature of a plastic bag contradicts its duress, as it is believed to decompose from 10 to 10,000 years—an eternity! The banality of the plastic, the ever-expanding harm it causes to our planet turns the plastic bag into an example of invasive species, furthermore, an illustration of the visual vocabulary of our times. The plastic bags stand as emblems of mass consumption and noxious consumerism. They contain a critique of commodity culture, to revisit Walter Benjamin.

Inspired by the shopping lists his wife was giving to him, Selmani entitled them Love Letters. For him, this was the ‘next level’ of love achieved between the couple: a list of things to be bought and brought home, a list of duties to be checked off the to-do list. He sees the bags as a conceptual space that love can reside in as he has extended this list into his thoughts. The void created by the presence of the bag is filled with his handwritten thoughts… “Not to be used as a bag,” “My borders your bothers,” “Never say no to yes,” “The irony of history is that history has no irony,” or “Our past is our common future” are some examples… It is an artistic impulse for Selmani to use and capture the shopping lists to create a living archive. He gives agency to the banal plastic bags while transforming them into assemblages as well as still lives: frozen in time on a wall—immortalizing his discoveries, thoughts, and frustrations.

Can the plastic bag be a metaphor for our times? Normally one tries to get rid of plastic bags, yet, in Selmani’s hands, they are memorialized forever. An abiding interest in questioning how we perceive the world and how to make sense of it frames (t)his work. Love Letters allows him to hold onto love as well as thoughts.

Driton Selmani (b. 1987) lives and works in Prishtina and Doganaj, XK. Selmani approaches the idea of perceived reality by deconstructing formations of social, political and cultural topics that have been embodied around him. At a young age, he was told to worship a country that no longer existed, which caused him to form a basis of skepticism towards any supposedly given reality. He later used this as a beneficial tool to reconstruct his beliefs into visual artifacts. In 1999, old simulacra have been replaced by new simulacra; the ornaments of a previous space have been refurbished in order to unfold with new meanings, but also new uncertainties. Selmani confronts himself as a spectator of this “on-going event”, and positions himself as an actor, enacting his performances based on his personal histories, beliefs and doubts.