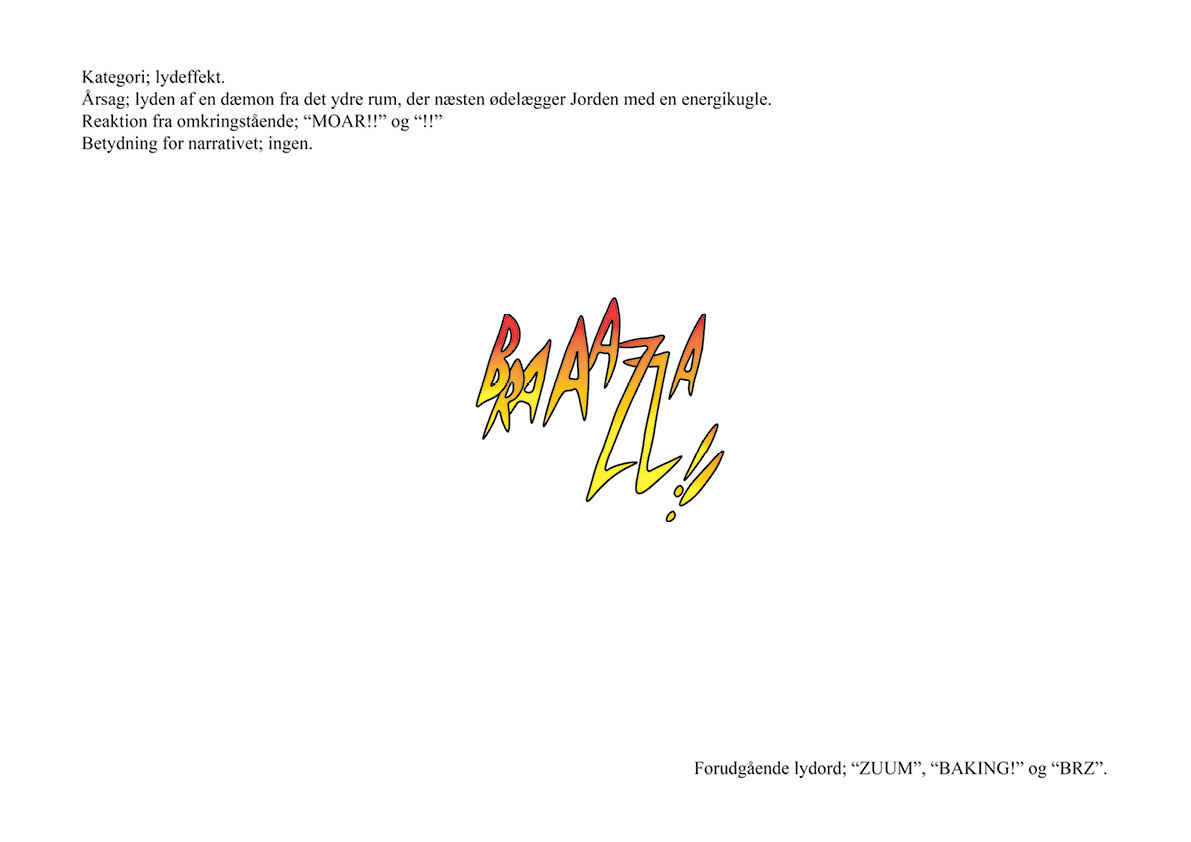 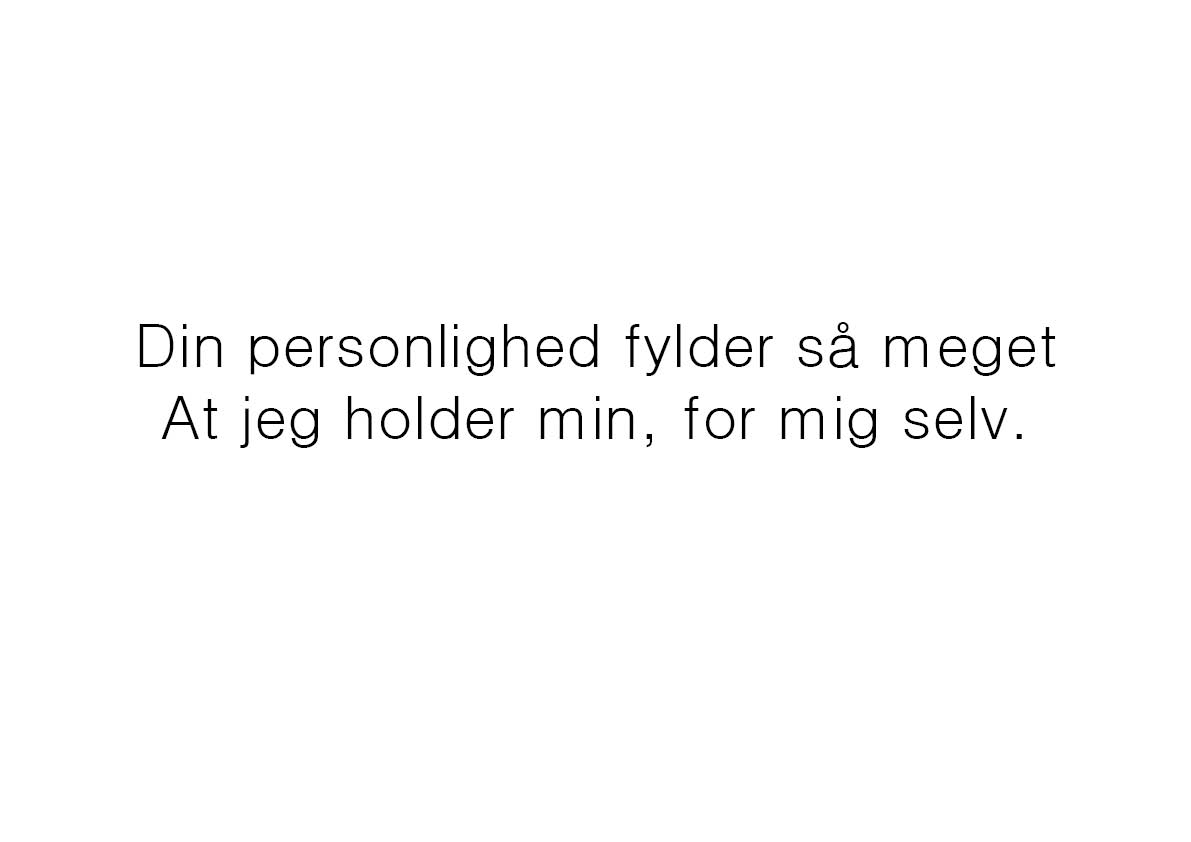 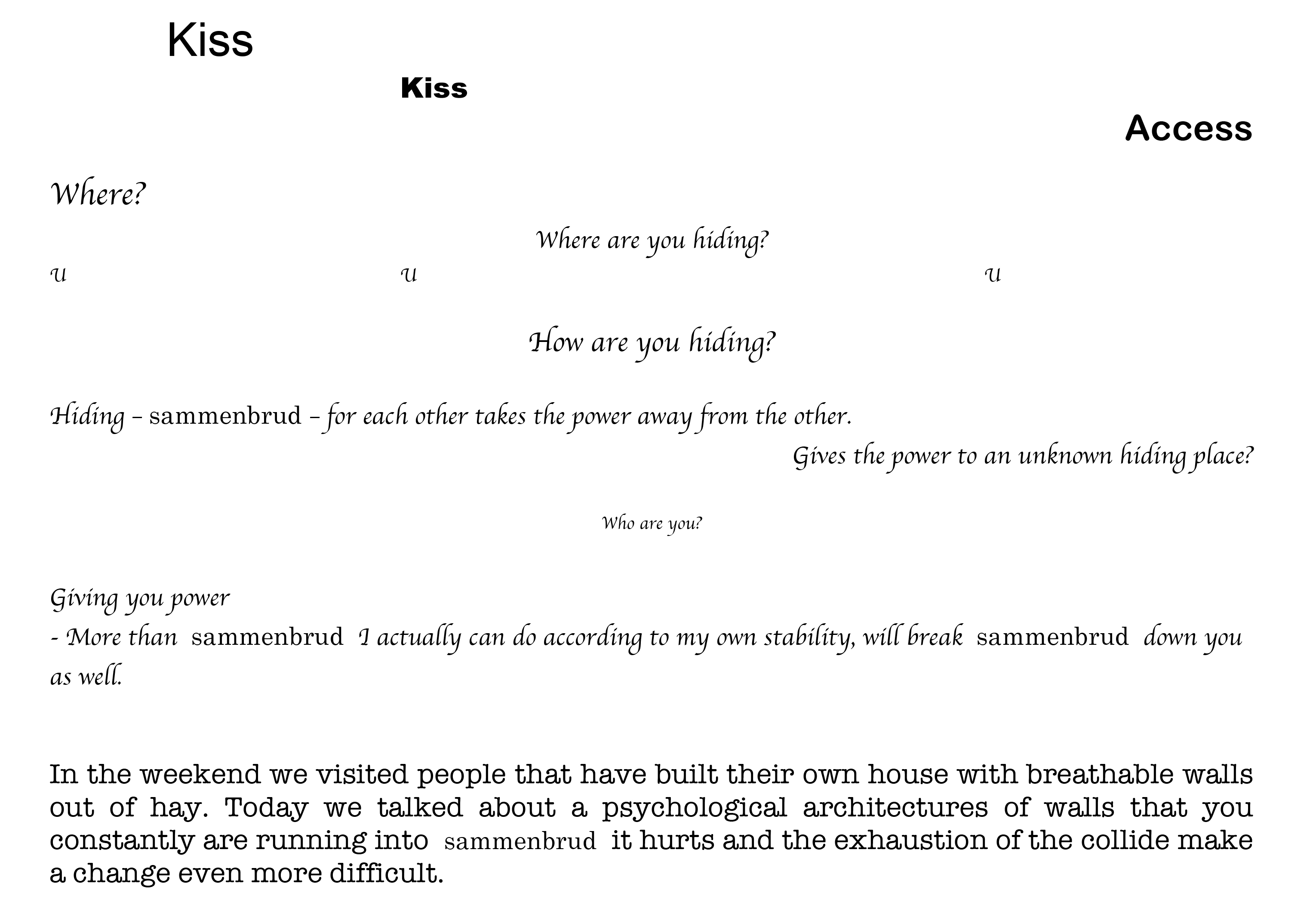 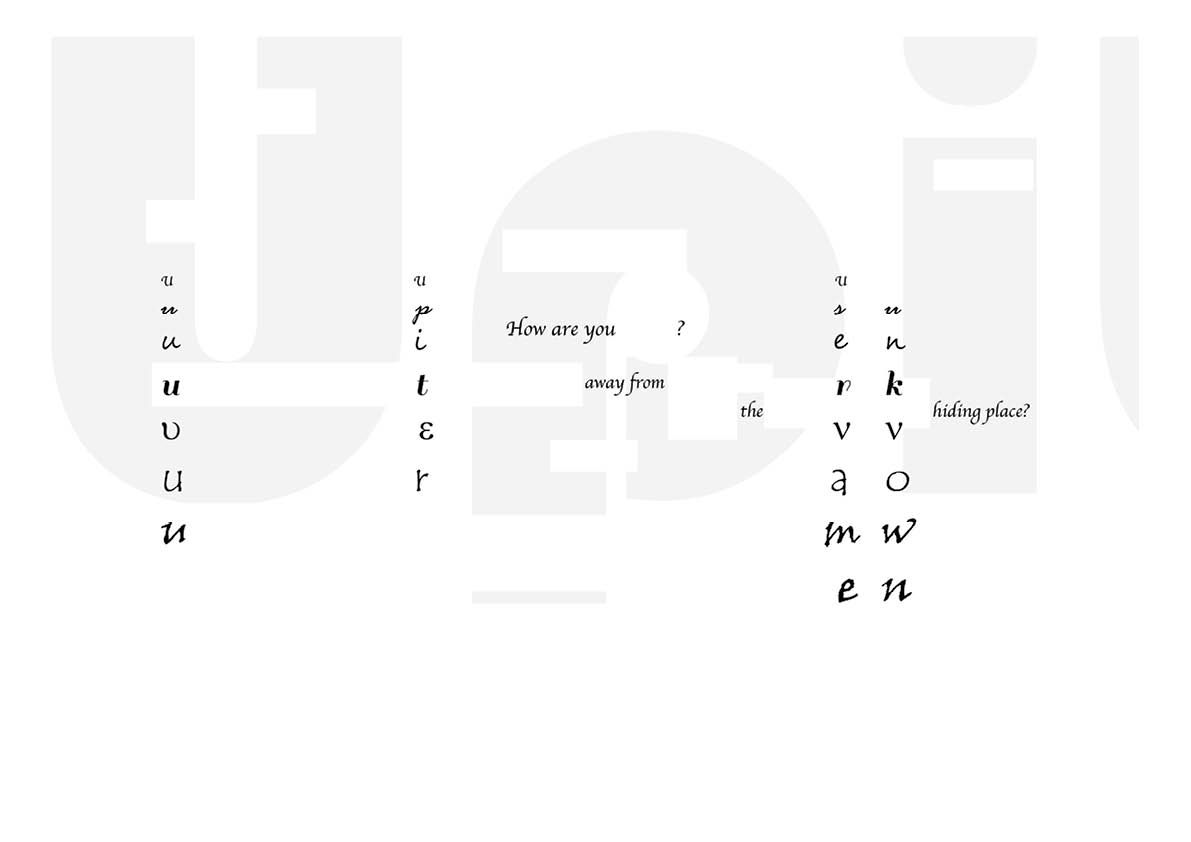 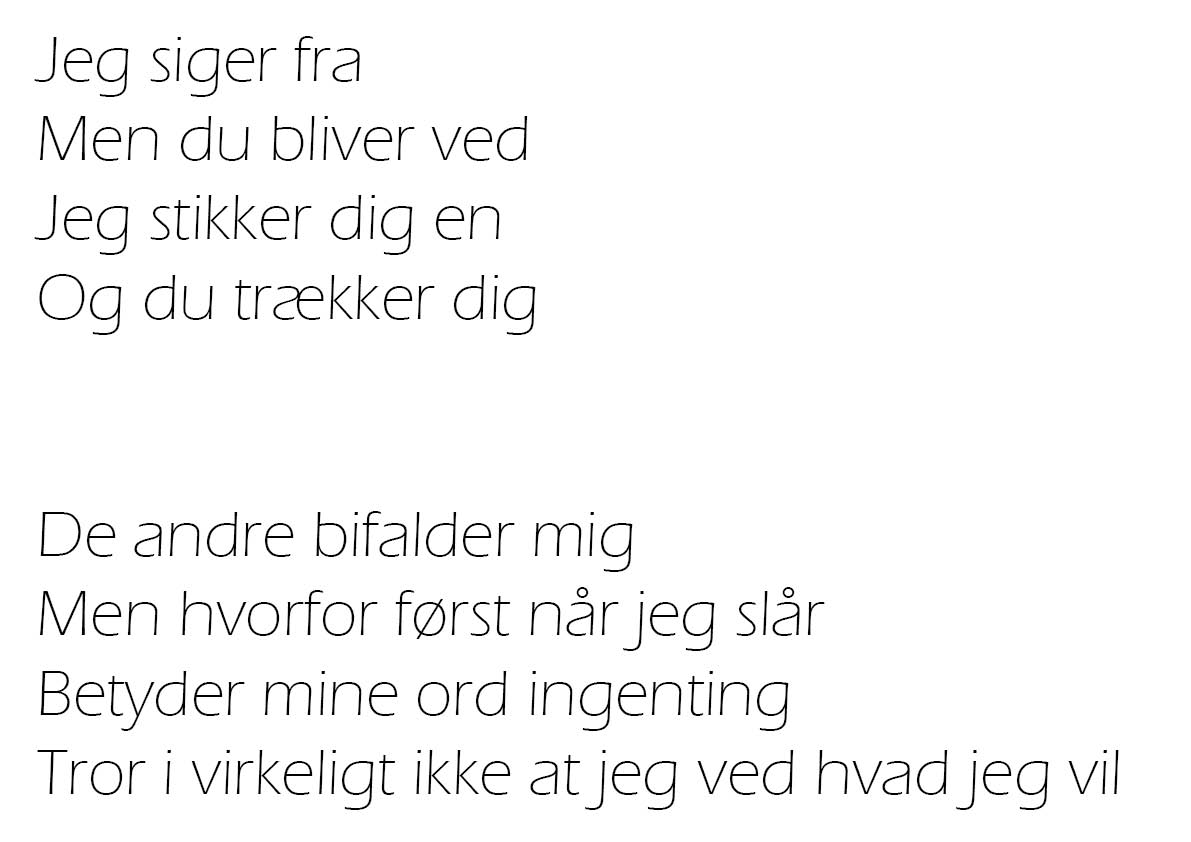 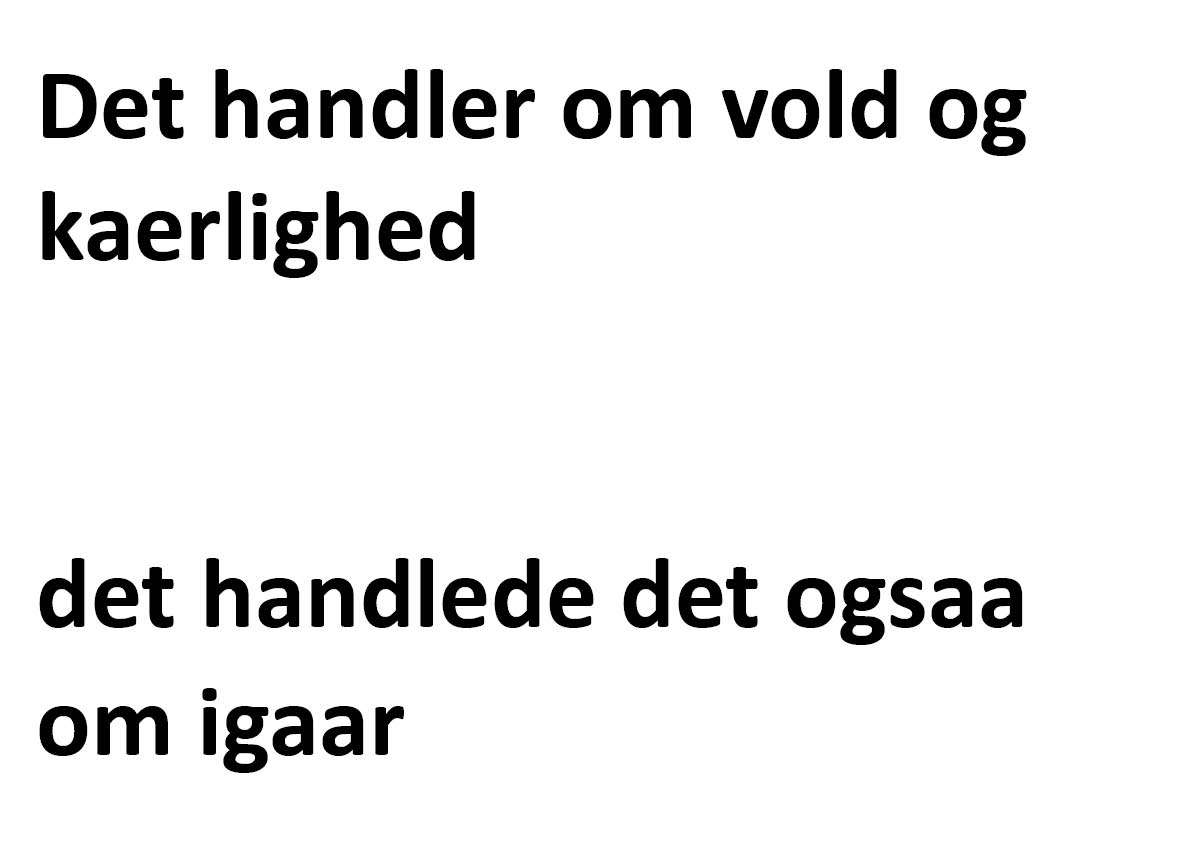 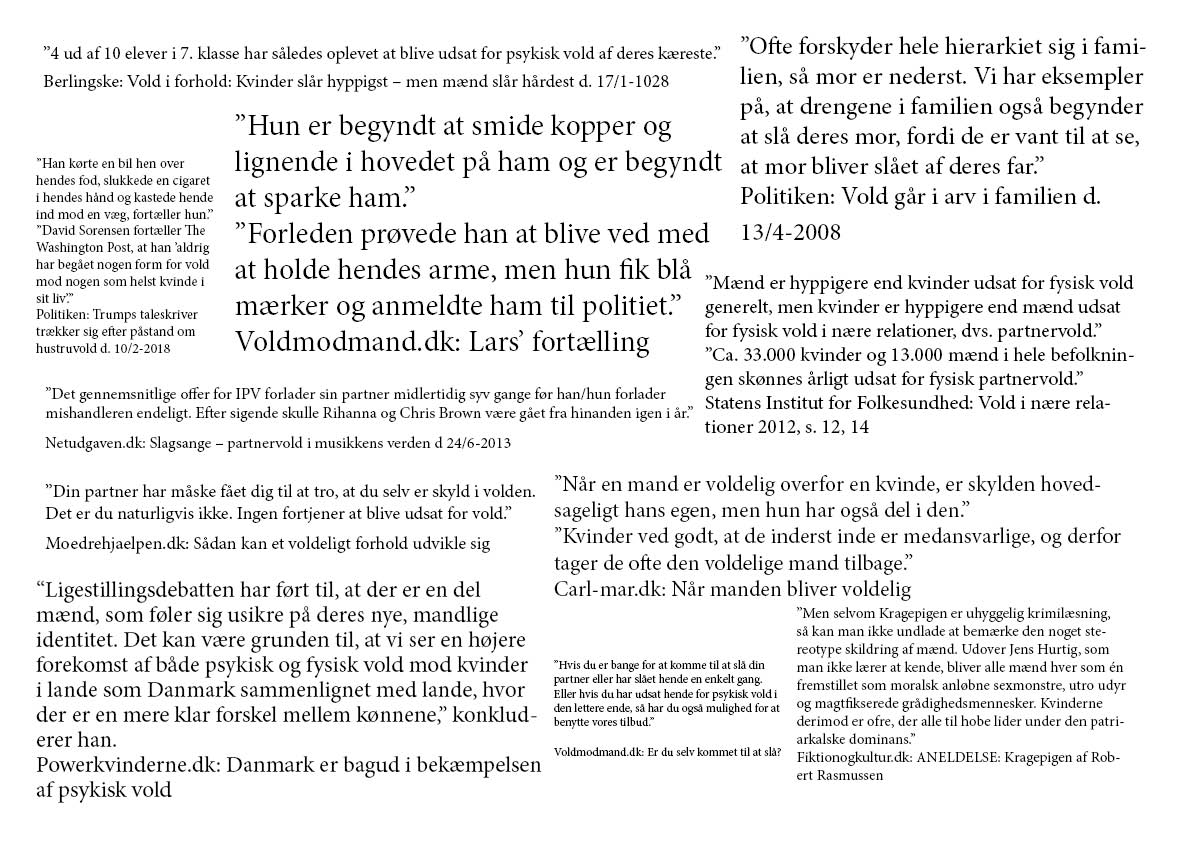 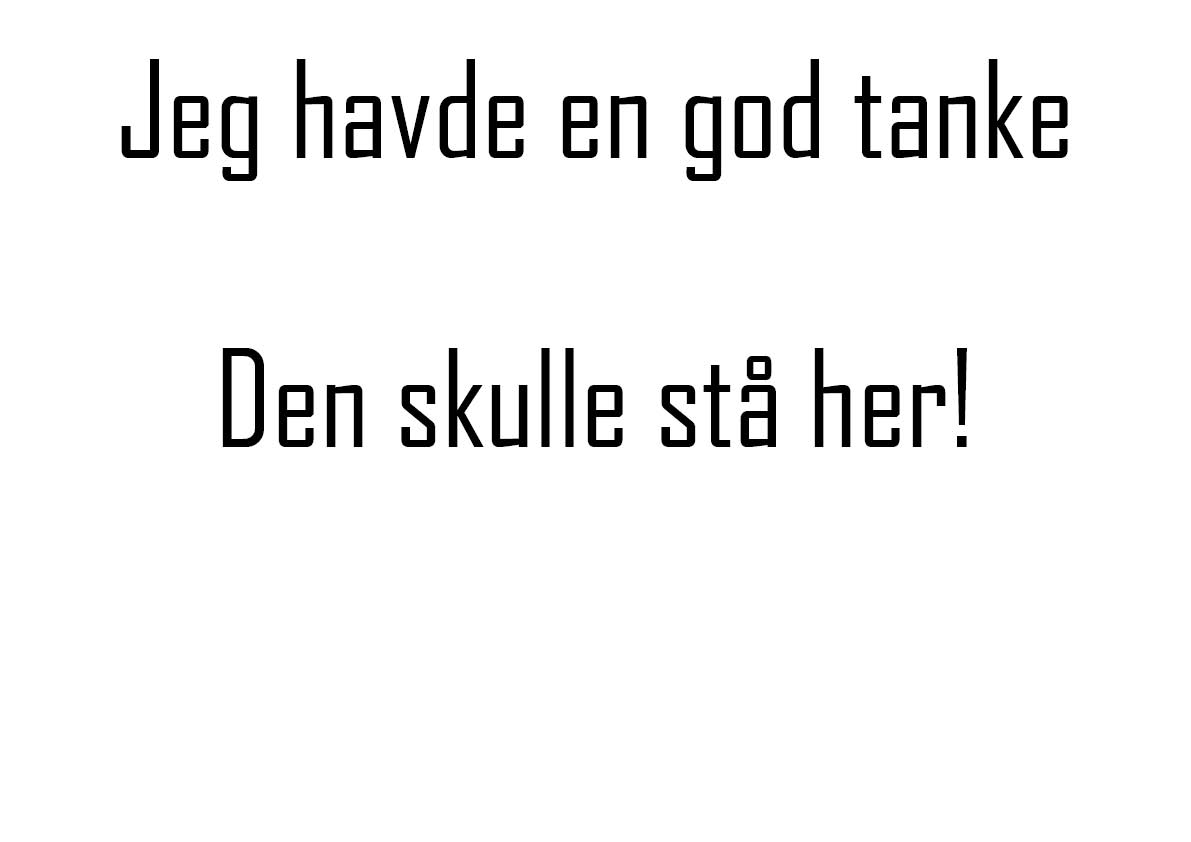 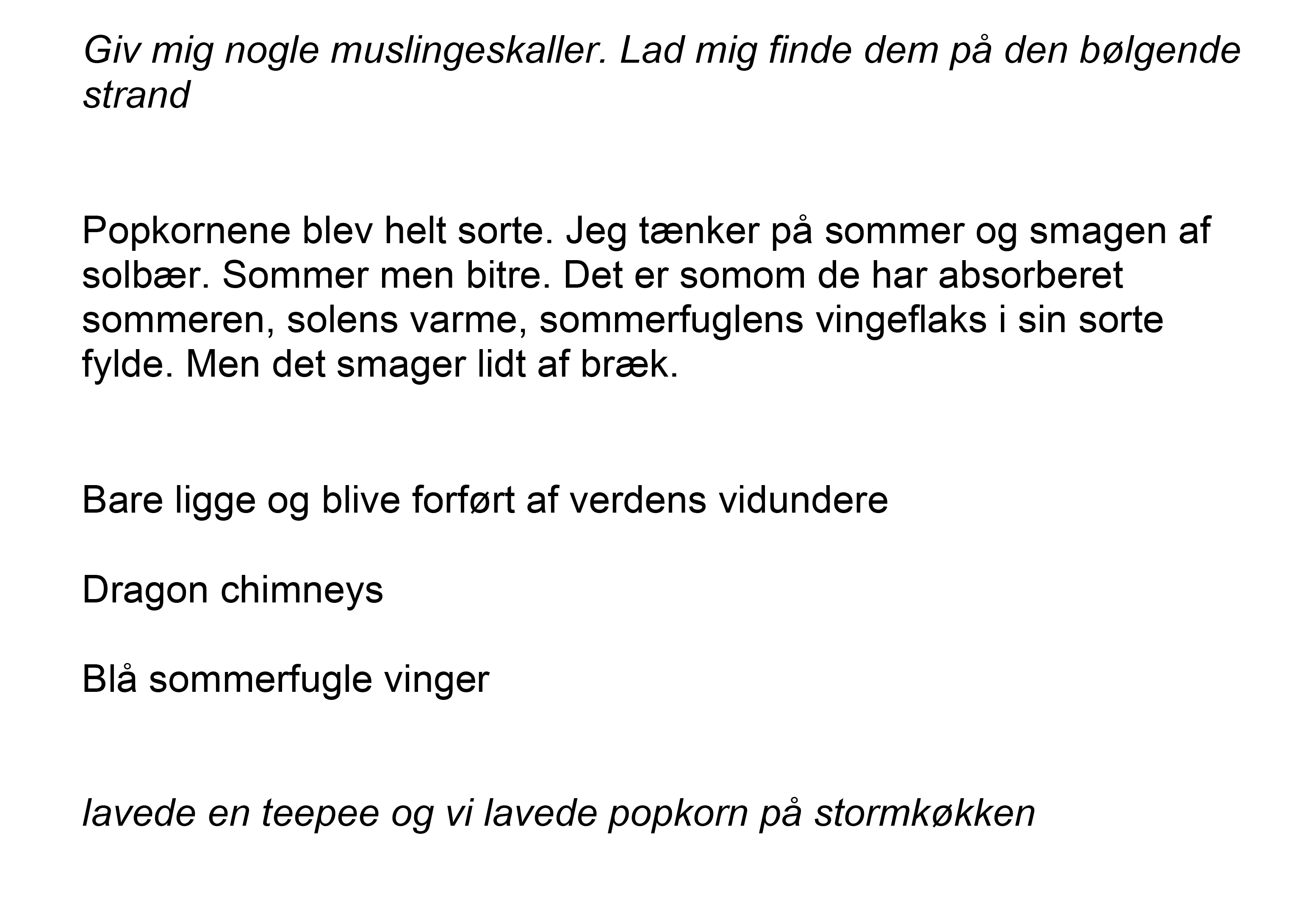 If I am C, then B sends a text to me, I read it and write a text, then I send the new text to A. I only know my texts and B´s texts. When all the texts are made public, I will have access to read A´s texts.

And it came to pass in those days, that three Women ** decided, that Words should become text. (And it all began in a Summerhouse in Denmark) A sequence, and a single rule was decided upon. This, they stuck with for one year, whereupon the result was shared with all People, through the Internet *, an exhibition in Q (Copenhagen 2015) and in Drive In Galleri Ruth (Fredrikstad, NO 2015).

Time has come again for Samfundssnolder to share their private Letter exchange. A Conversation where none of the participants really know what is being talked about. An examination of Text, Words and Letters.